The History of
the Ohara Museum of Art

In 1930, to commemorate Kojima Torajiro, a Western-style painter who died the previous year, Kurashiki entrepreneur, Ohara Magosaburo, founded the Ohara Museum of Art. This private museum, featuring Western art, is the oldest in Japan.

Magosaburo, well-known as a collector of Japanese art, highly respected Torajiro’s talent and his humble attitude towords art, and sent Torajiro to Europe three times. Torajiro studied art in Europe and, at the same time, with Magosaburo’s superb European artwork, choosing pieces through the sense of beauty that he possessed as a Japanese artist.

Torajiro, who had a spirit typical of Meiji Era, felt there was a struggle between the highlights of Western art and his Japanese aesthetic sense, when he carefully chose artwork. He prudently chose masterpieces by El Greco, Gauguin, Monet, Matisse and other artists and brought them to Kurashiki, which are now the main features of the Ohara Museum of Art. His collection of Chinese and Egyptian art reveals the conflict of beauty between Western and Oriental art that he faced, where he tried to seek the essence of art.

The Ohara Museum of Art plays an active role in Kurashiki, expanding the collection to include both modern and contemporary art from the West and Japan, as well as pieces by artists who served Mingei Movement (Japanese Folk Art Movement). Now the museum is well known to the world as a private museum with its own character, reflecting Japanese culture.

The Ohara Museum of Art, in addintion to opening the eyes of children and adults on site, soends time and energy on distance learning programs through the infomation communication technology(IT).As an art museum that will actively live through the 21st century, it also serves for broad activities cultivating the frontier of art. Art Lectures are held every summer, and Gallery Concerts, inviting world-class musecians, are part of its activities. 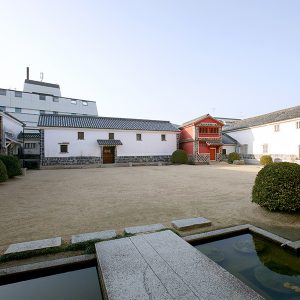 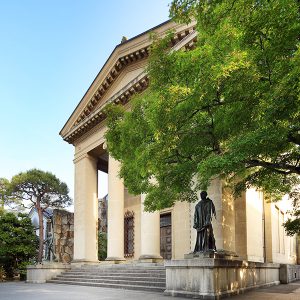 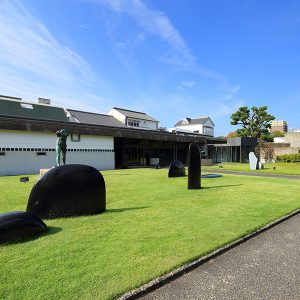